Maxime followed several masterclasses, among others with David Kuyken, Marien van Nieukerken, Willem Brons, Juris Zvikovs, Massimo Cottica, Håkon Austbø and the Osiris Trio. Besides that, she gave many recitals at different locations, under which the Kleine Zaal of the Concertgebouw Amsterdam, Muziekgebouw aan ’t IJ Amsterdam, Musis Sacrum Arnhem and Muziekcentrum Enschede. She also gave live-performances on Radio 4 (Spiegelzaal, Opium & Muziekwijzer). In 2015, she performed in Greece, in the Megaron Music Hall (Thessaloniki) and for the Dutch Ambassy (Athens) at the invitation of the Prinses Christina Concours. In March 2017, she had the great experience to play as a soloist with the ArtEZ Symphony Orchestra conducted by Joost Smeets, giving concerts in De Spiegel Zwolle and Muziekcentrum Enschede. A special documentary has been made about this orchestraproject.

Besides playing with orchestra, Maxime played in a variety of ensembles, among them piano trio’s and duo’s with saxophone, voice, cello and piano. In 2018, she won the first prize and audience prize with her Majorah Trio at the ArtEZ Chamber Music Sessions, and with her voice-piano duo the SCANDO Vocallis Liedprijs (first prize) at the Vocallis Festival. She also participated in the Orlando Festival (2012), the International Mozarteum Summeracademy Salzburg (2016 & 2019), the International Holland Music Sessions in Bergen (2018) and the Summer Campus Rostock (2019). During these summer courses, she gave several concerts and followed masterclasses with Andrea Lucchesini, Claudius Tanski, Bernd Goetzke and Lars Vogt. In 2017-2018, she has been part of the program Young Masters Wilp, an initiative that creates the opportunity for young talented musicians to give concerts and helps them in the process of becoming a cultural entrepeneur.

Maxime is active, eager to learn and has a wide range of interests. Therefore, she followed amongst others the ArtEZ Honours Programme as an addition to her bachelor programme in 2015-2016. In the same year, she was co-organiser of the Britten Violin Concours. Next to her music studies and activities, Maxime started with the Bachelor Industrial Engineering and Management at the University of Twente in 2016-2017 (graduated in 2019) and she is currently studying for the Master Business Administration. 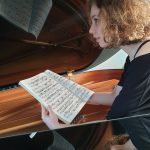 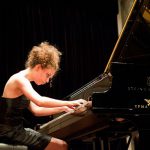 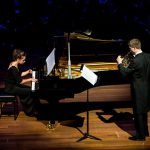 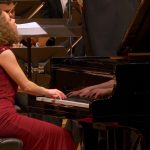 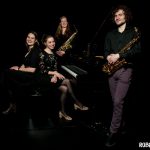 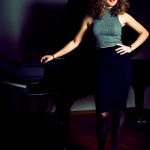 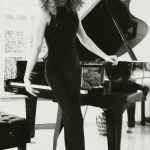 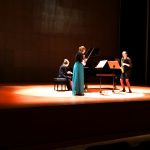 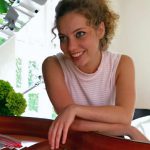 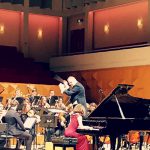